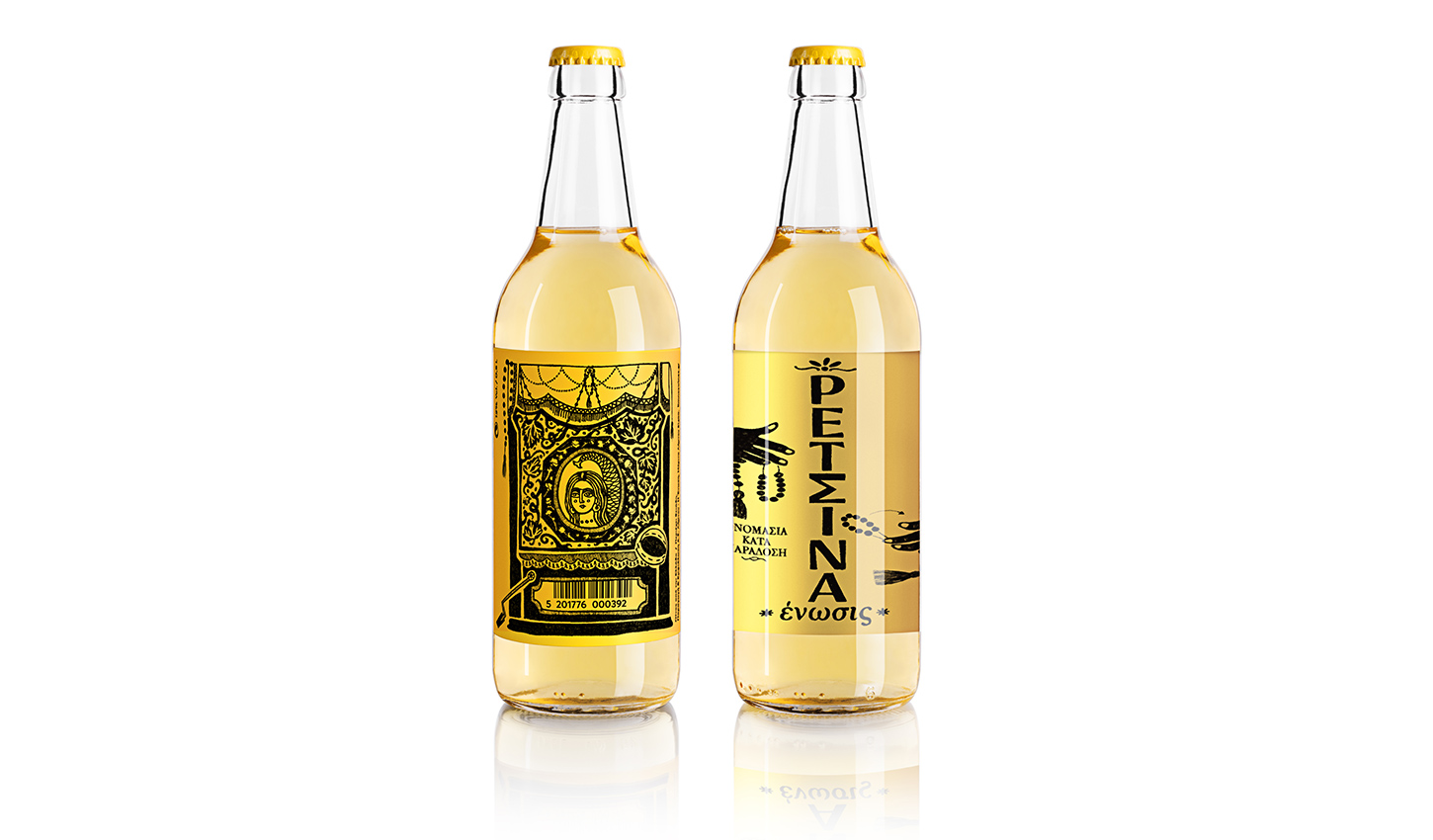 Yellow galore
“Retsina” is a popular, yet cheap wine with enthusiastic supporters and sworn enemies. It’s tradition is connected with local taverns and convenience stores that used to be the original selling points. As it’s a wine more celebrated than any other in Greece, it became a trademark dating back to the interwar period until the 1960’s, gaining it’s popularity over time. In an effort to attribute the popular nature of Retsina, we isolated and highlighted elements from an almost theatrical scene that brings to mind specific folklore images from Greeces’ tradition. We focused on familiar concepts such as the lantern (music barrel) and the Greek Kompoloi, narrating on the most characteristic moments from Retsina’s history.
Due to the limitations of space on the label and the entire lack of a back label - we were forced to use our design findings in a more creative way. The approach of the inside label designed to work correctly while the bottle is full due to the liquid reflection phenomenon, on the other hand though, the label is similarly interesting while the bottle is emptying revealing it in a more clear effect. 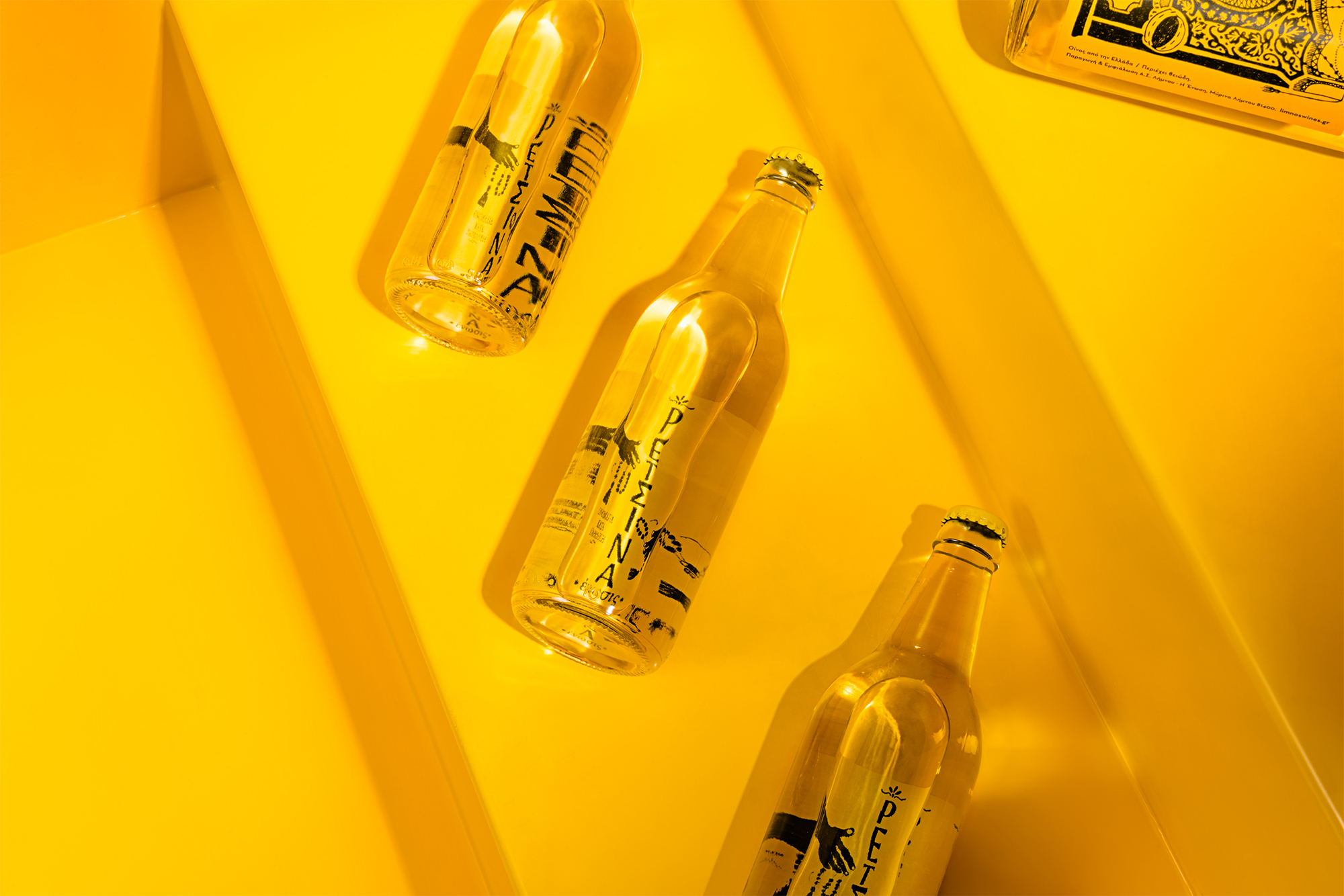 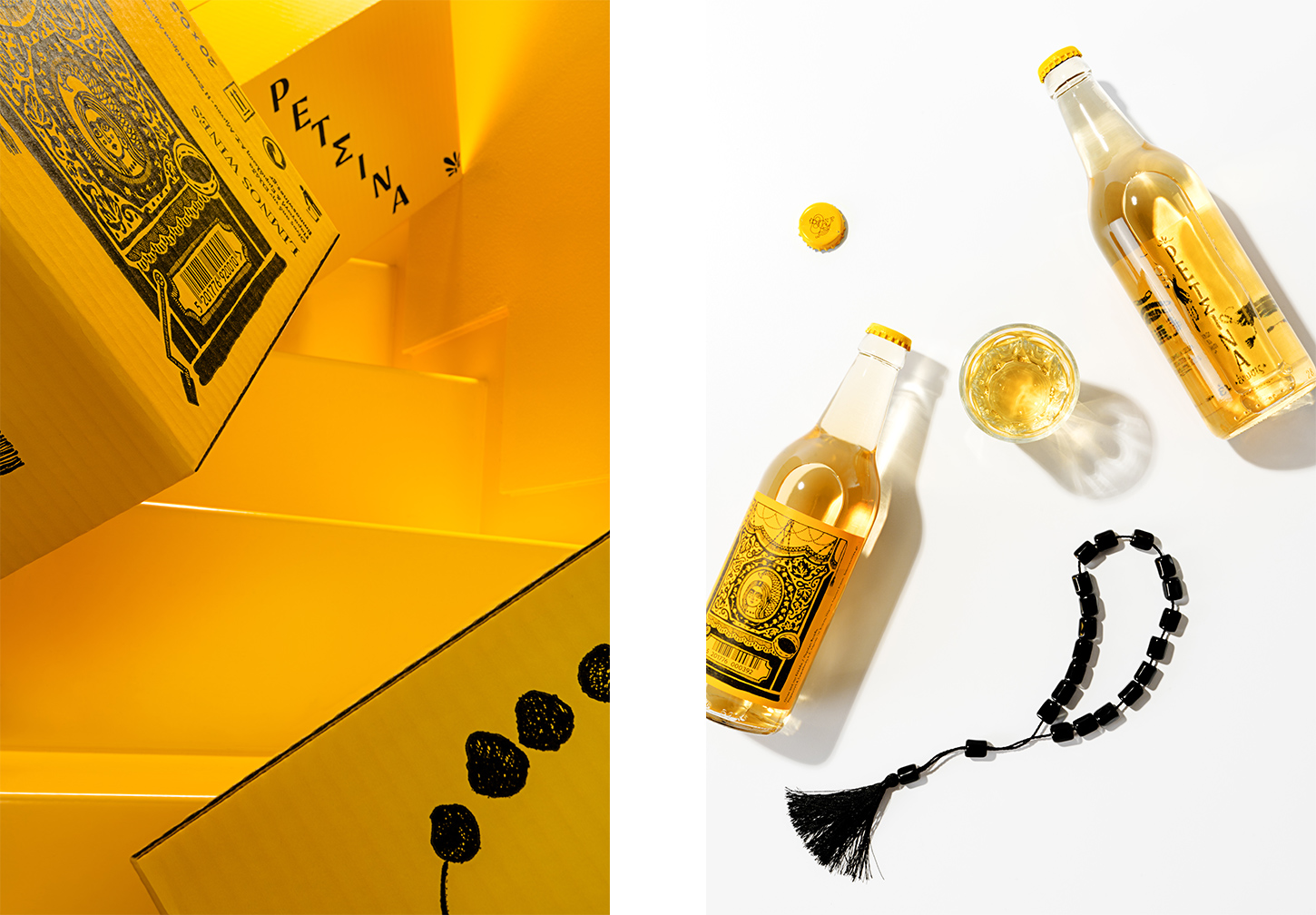 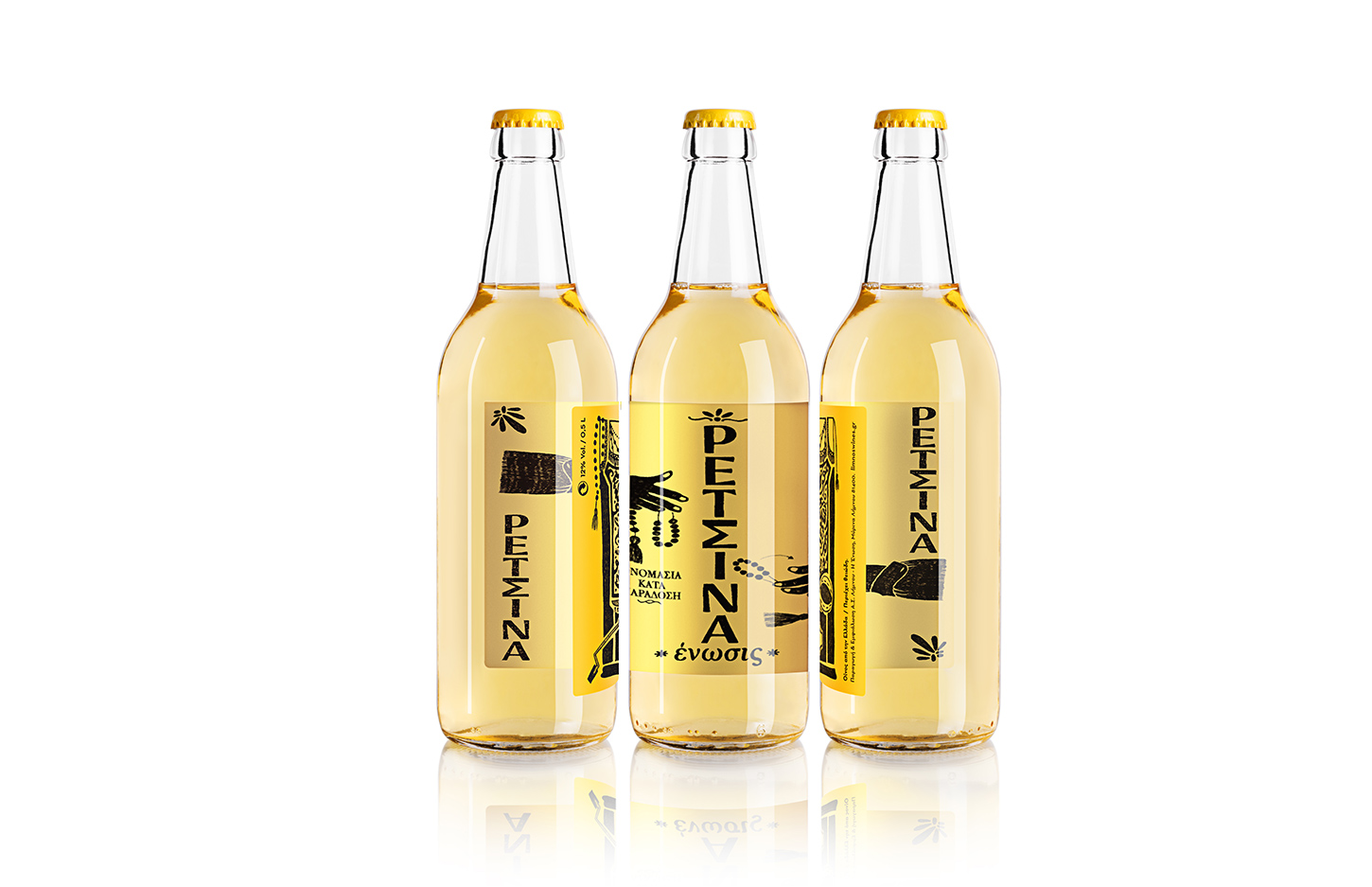 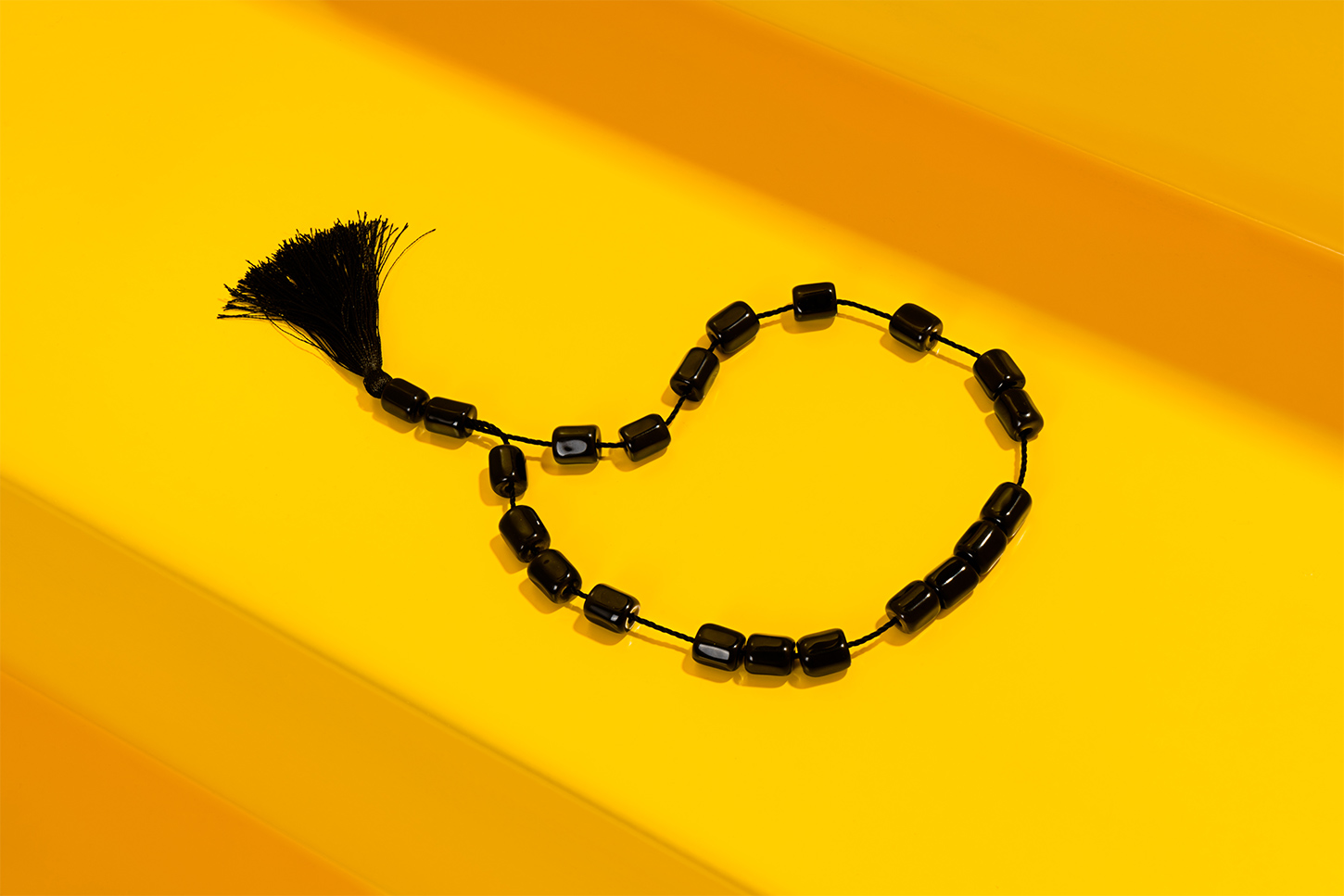 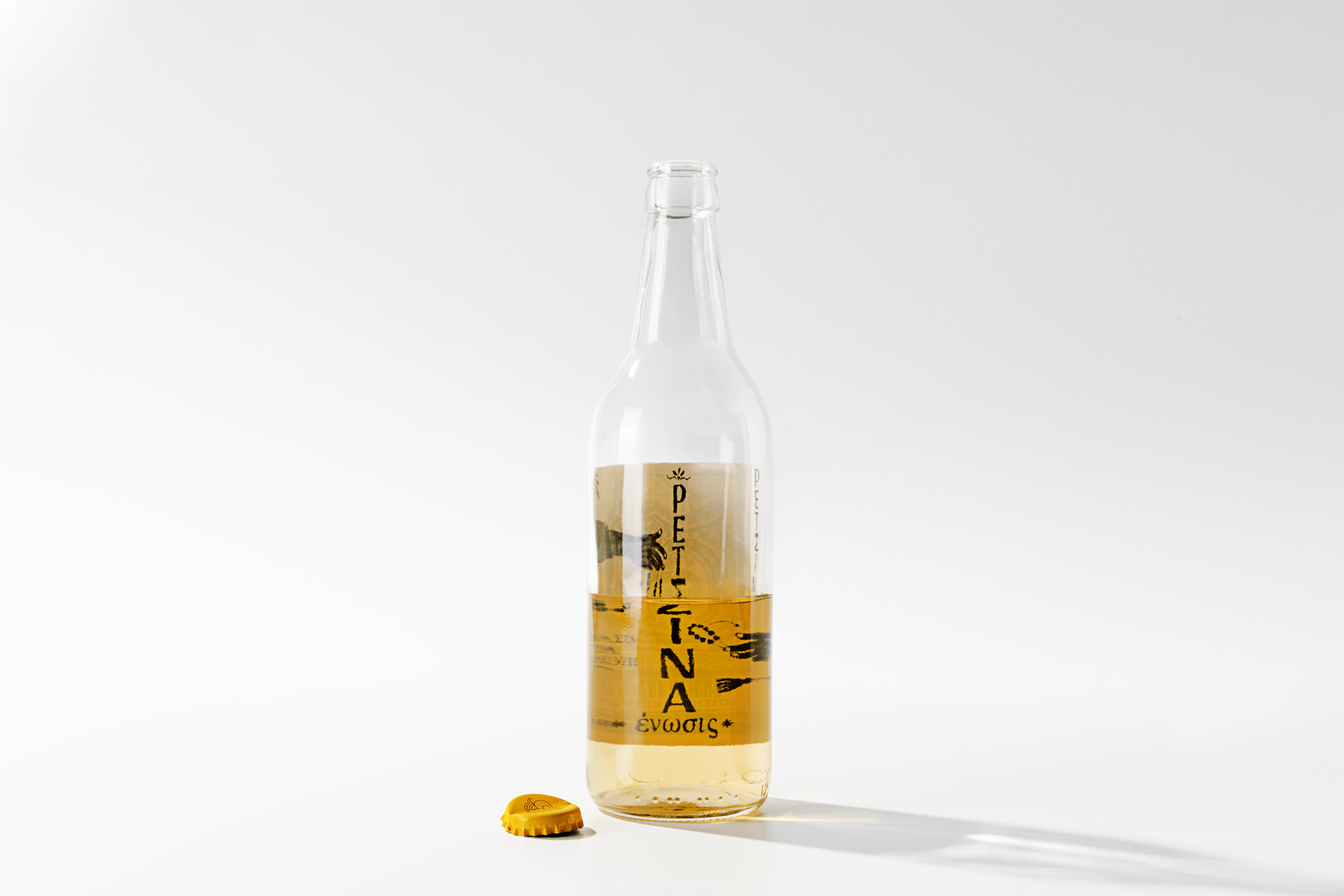 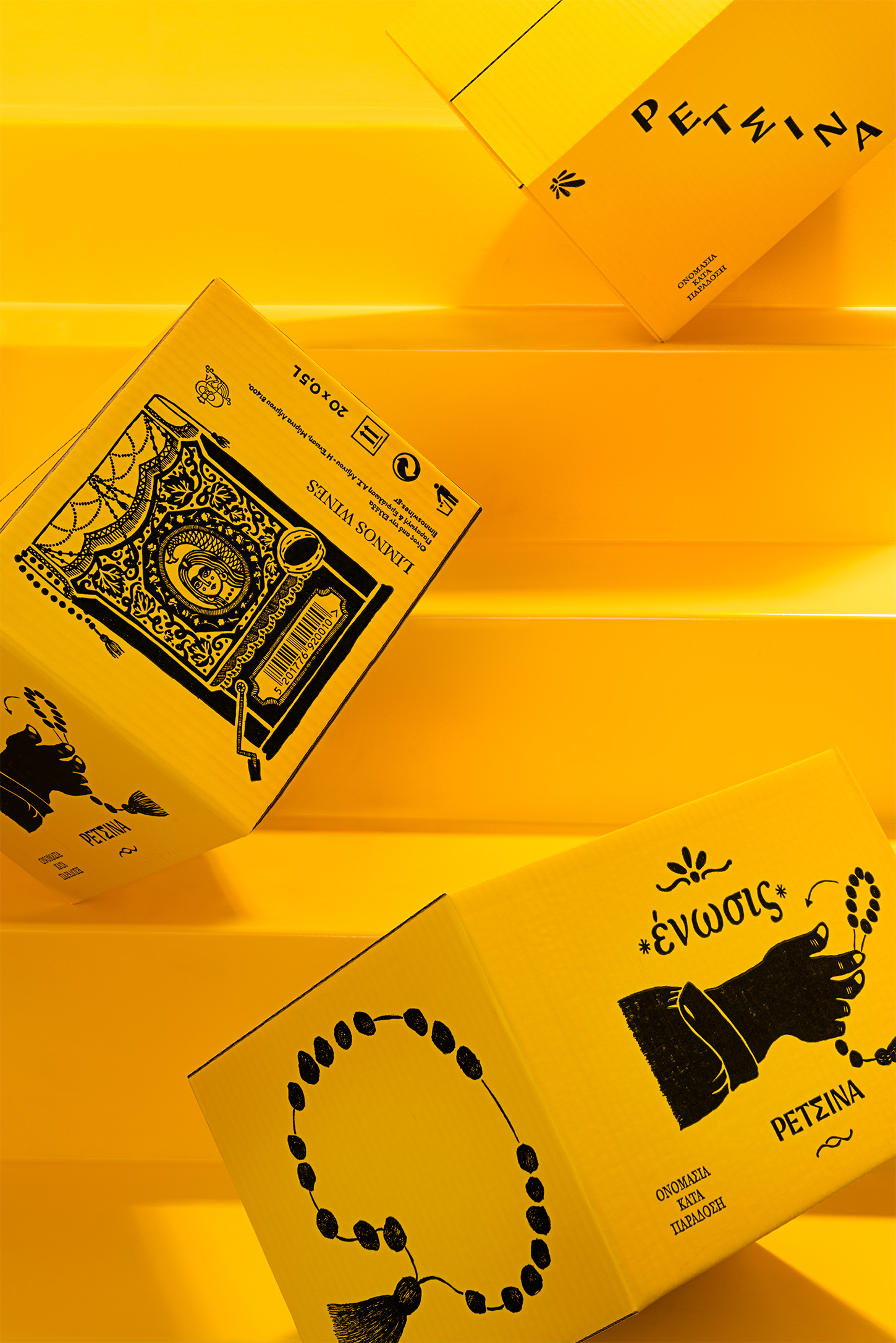 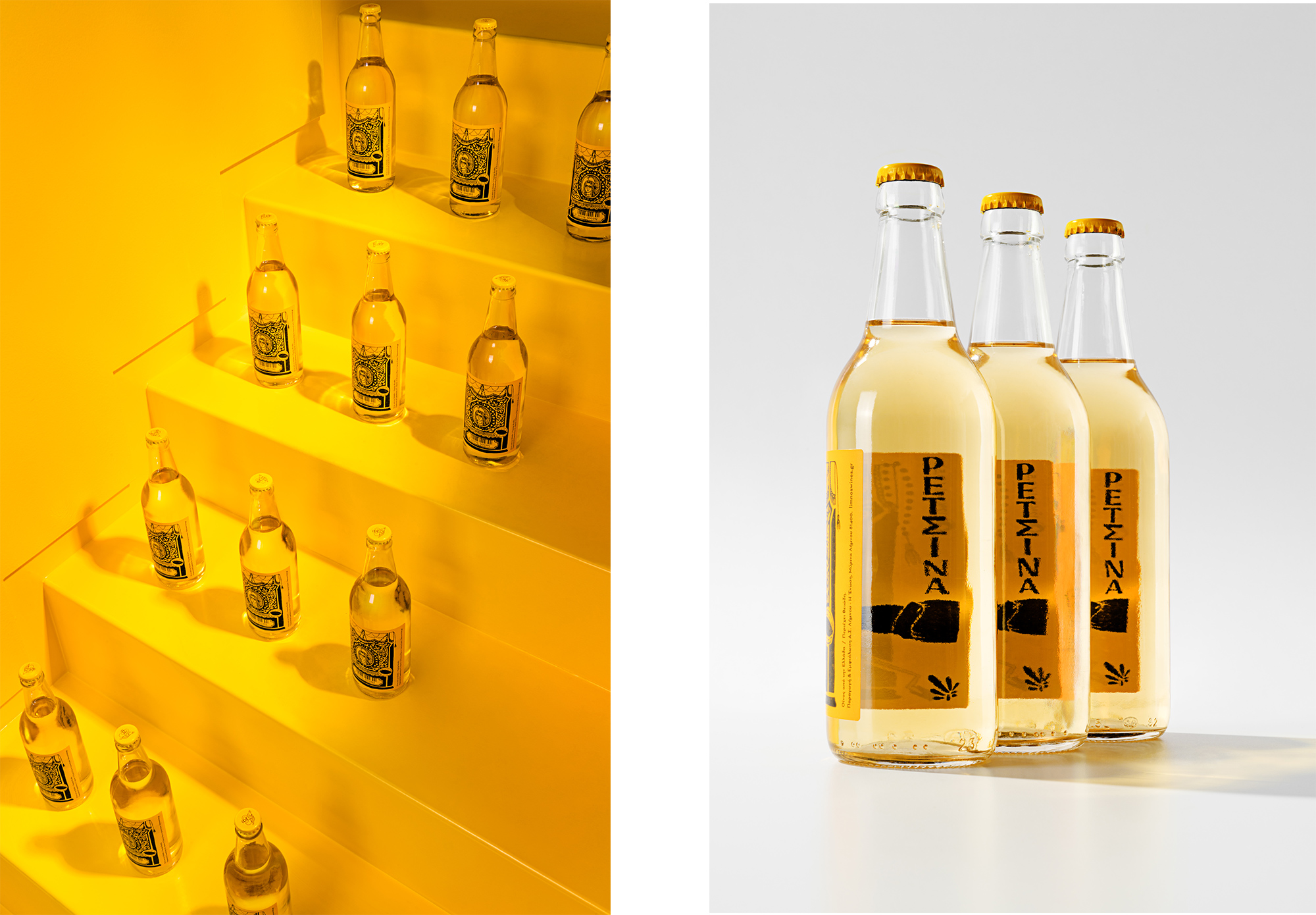 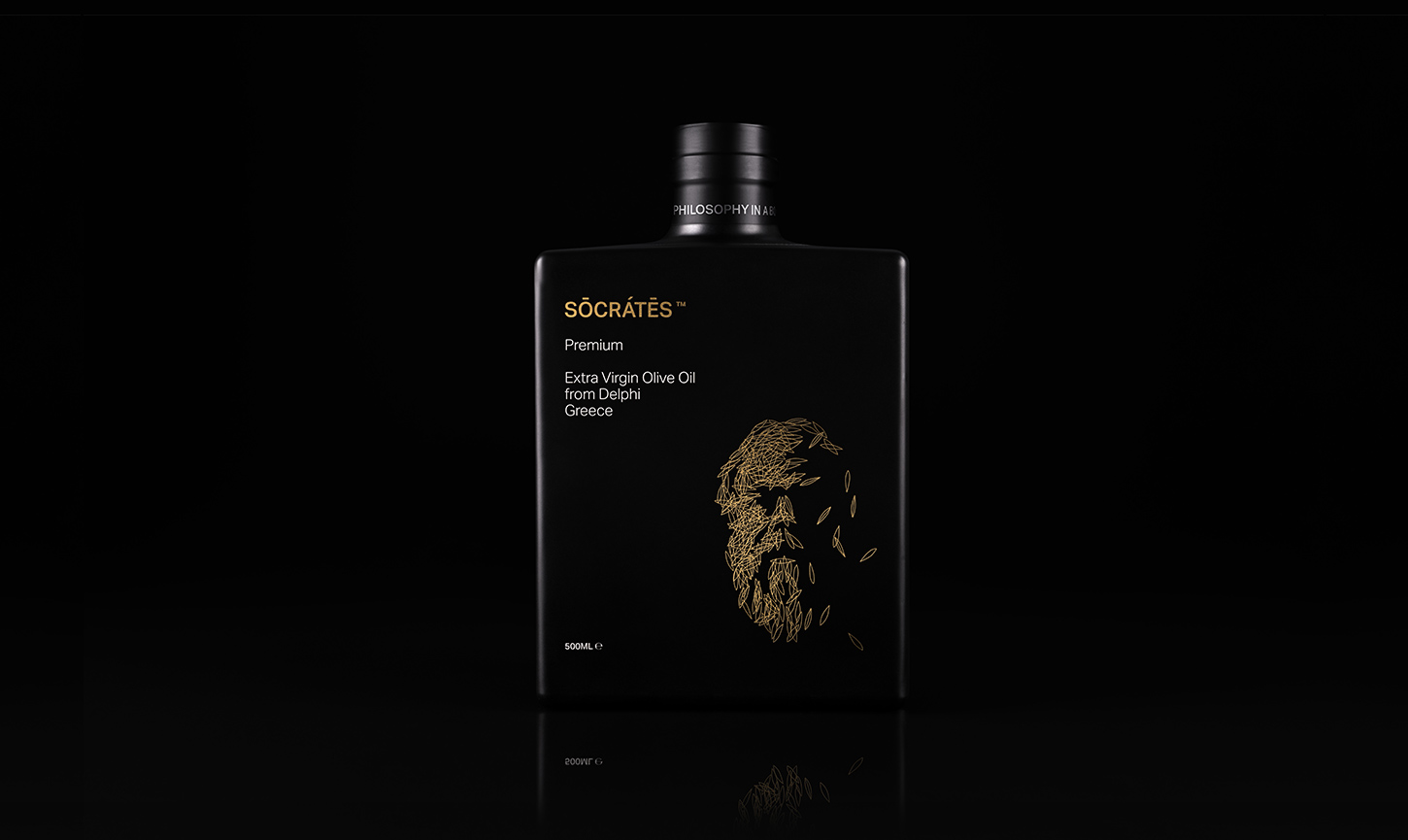