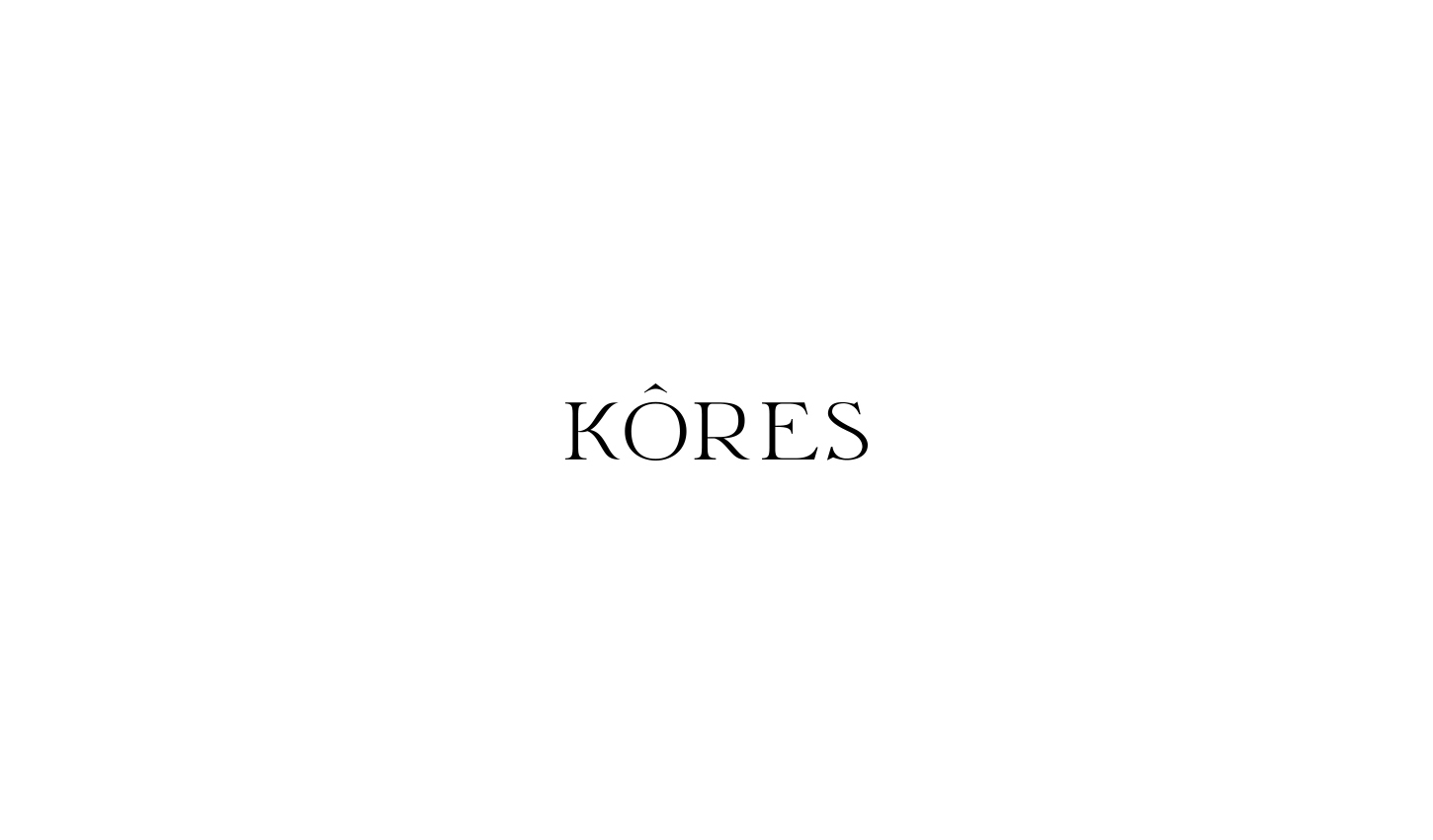 Embroidered luxury
Naming, logo design and brand identity for the boutique hotel in Zagorochoria in Greece, ‘KORES’ (Greek word for Daughters). According to the tradition, in order for daughters to get married, they should have been endowed by their family. The dowry usually consisted of linen, jewelery, land, and residences. In the local tradition three different types of residencies were constructed in the area, the names of these were ”Grandmother”, "Mother” and "Daughter”. The common nature of the naming typology based on all being daughters as well the use of the type of residency “Daughter” given as dowry, was the inspiration for our naming. Following the name, we based our logo design on the embroidery frame as the basic tool of the creation of the dowry. Inside of it an ”embroidered" of the letter K stands out as the monogram of the hotel. The monogram is framed by natural ornamental elements referring to the traditional embroidery art.
Spreading the concept to the applications, we created metallic perforated signs in which we ‘embroidered’ all the information. For the room numbering and wayfinding signs we chose to use real genuine embroidery frames describing each room in a more artistic but elegant approach. For corporate identity, we chose to use red pulp combined with red hot stamp printing, as the selective use of embroidery creates a visual result that reflects the care and luxury that hotel can provide. 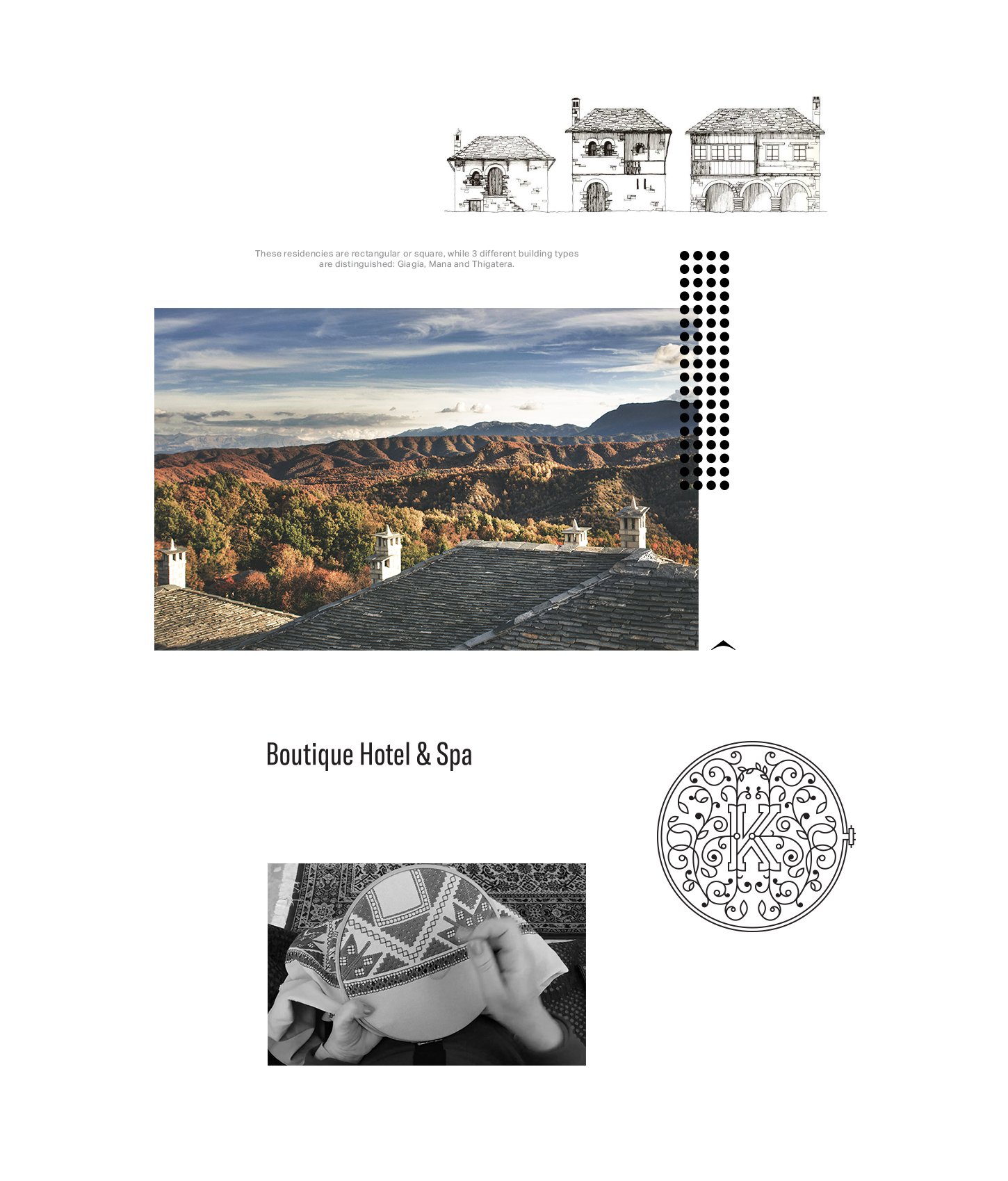 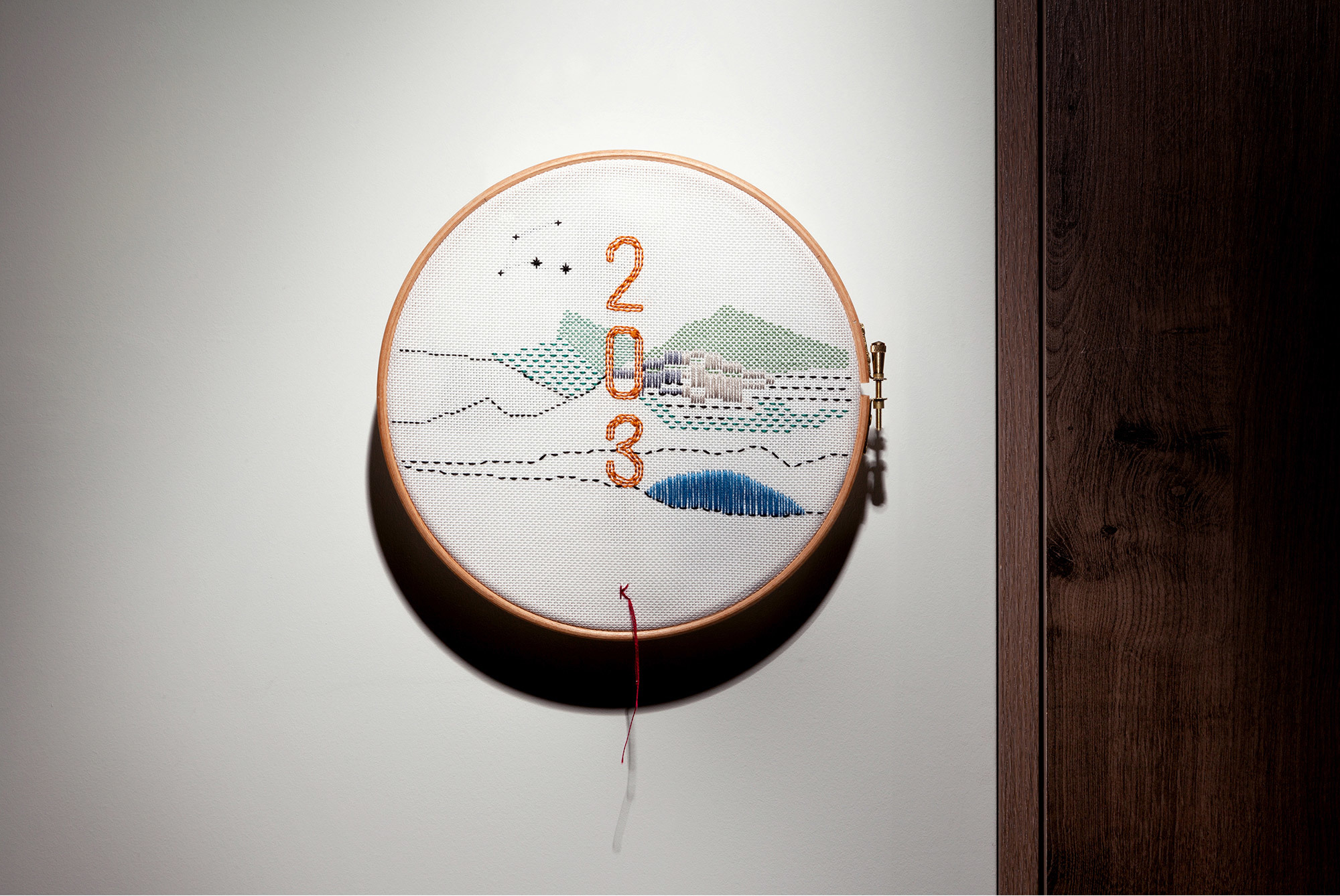 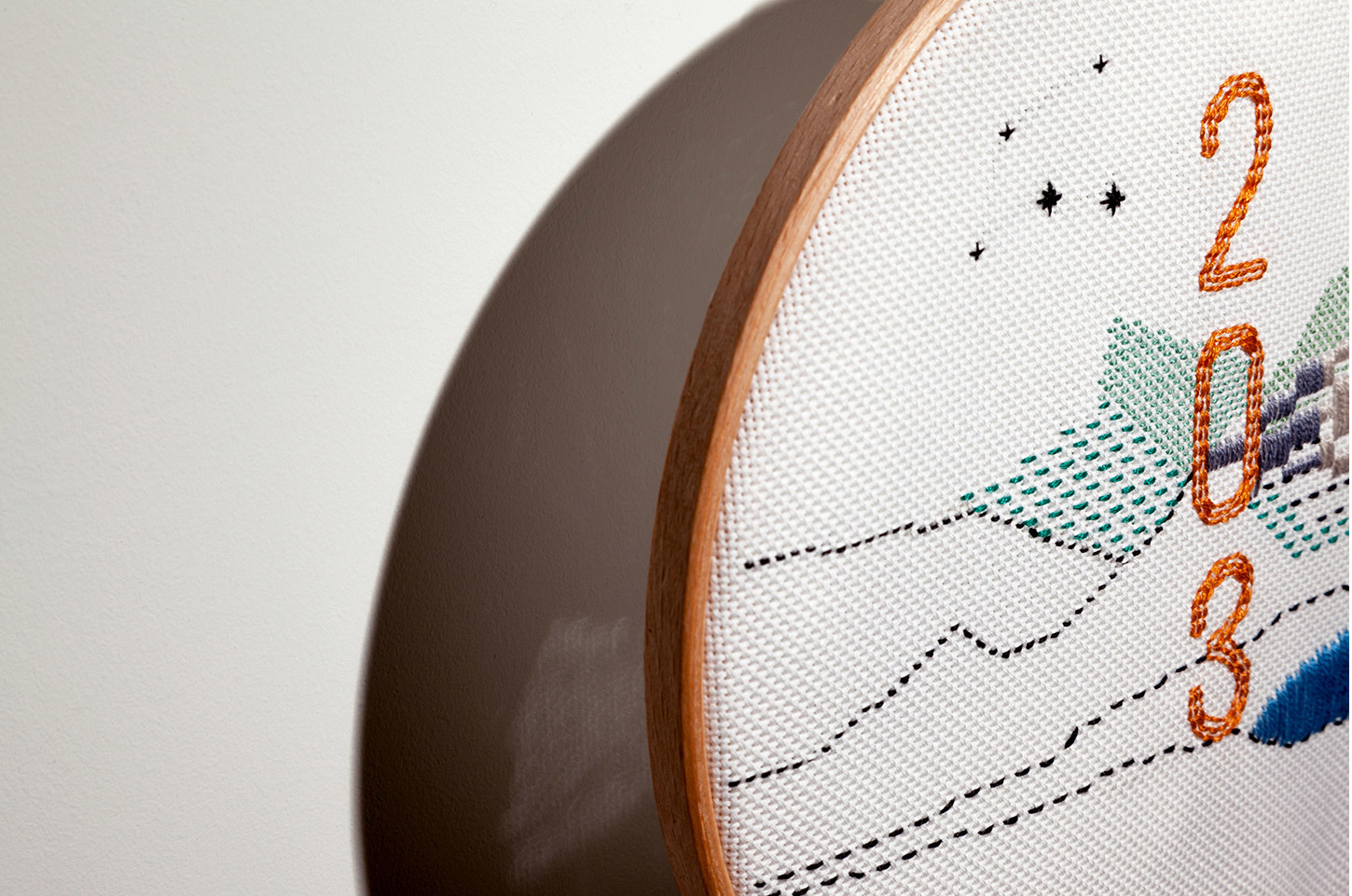 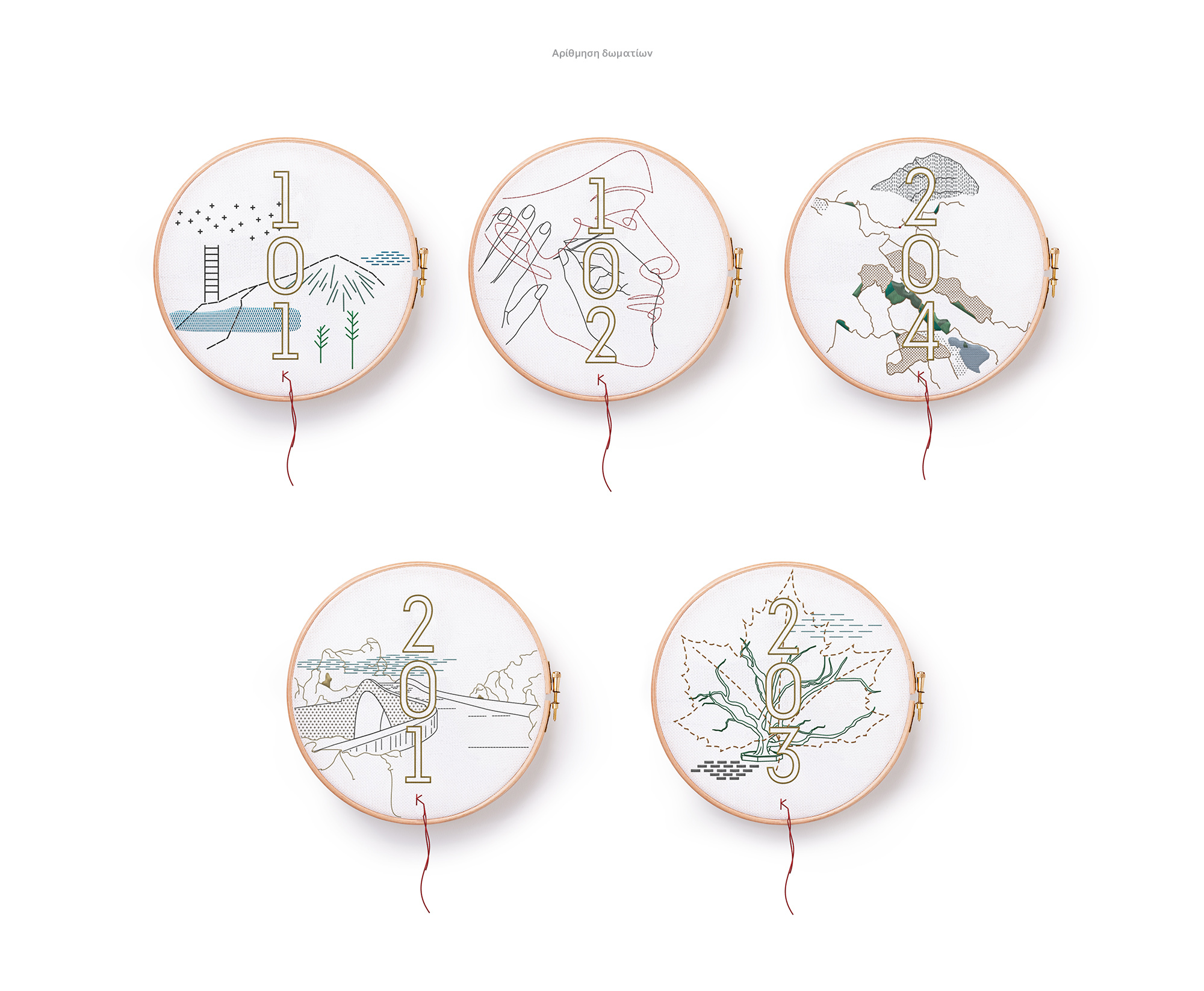 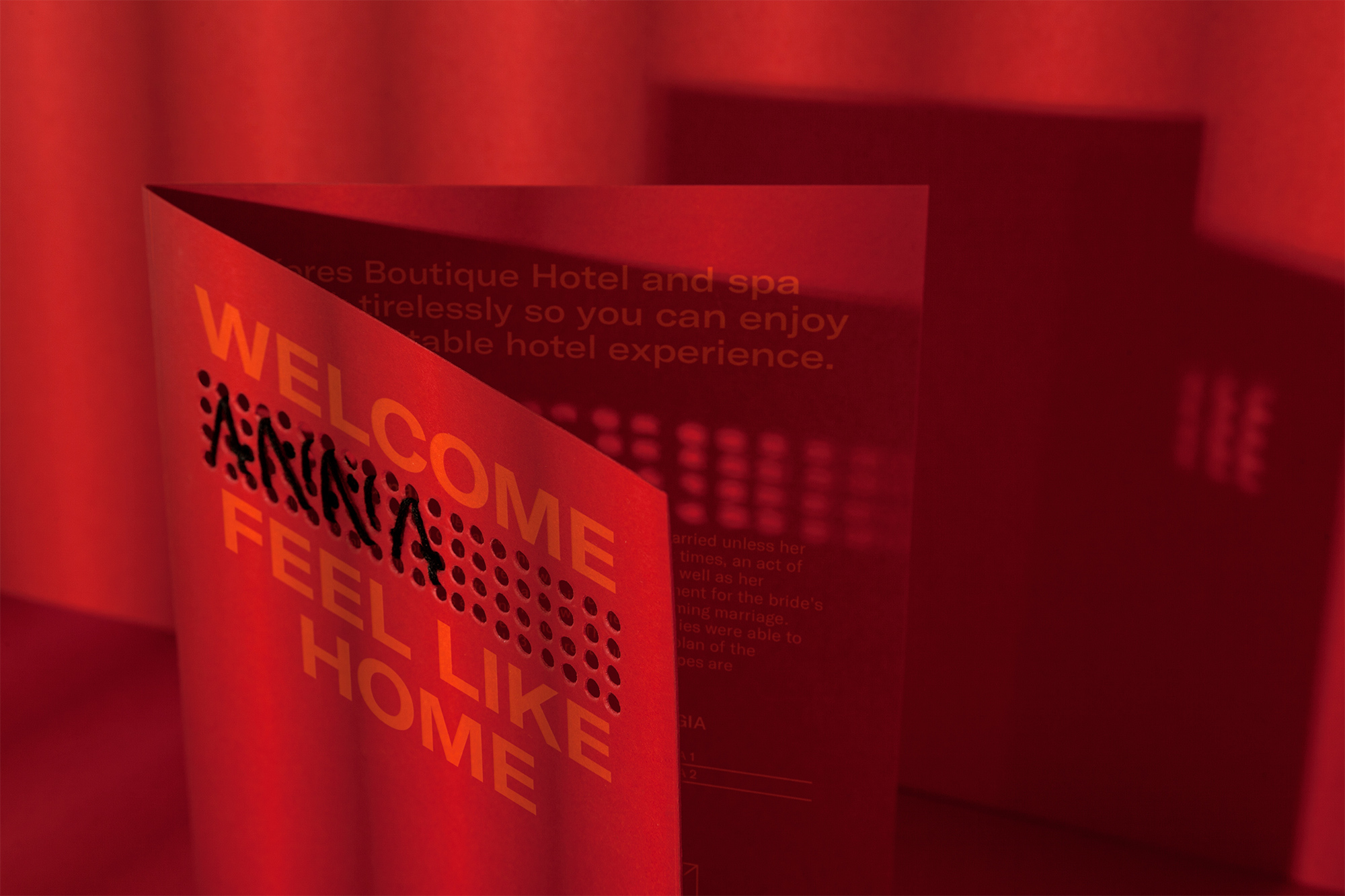 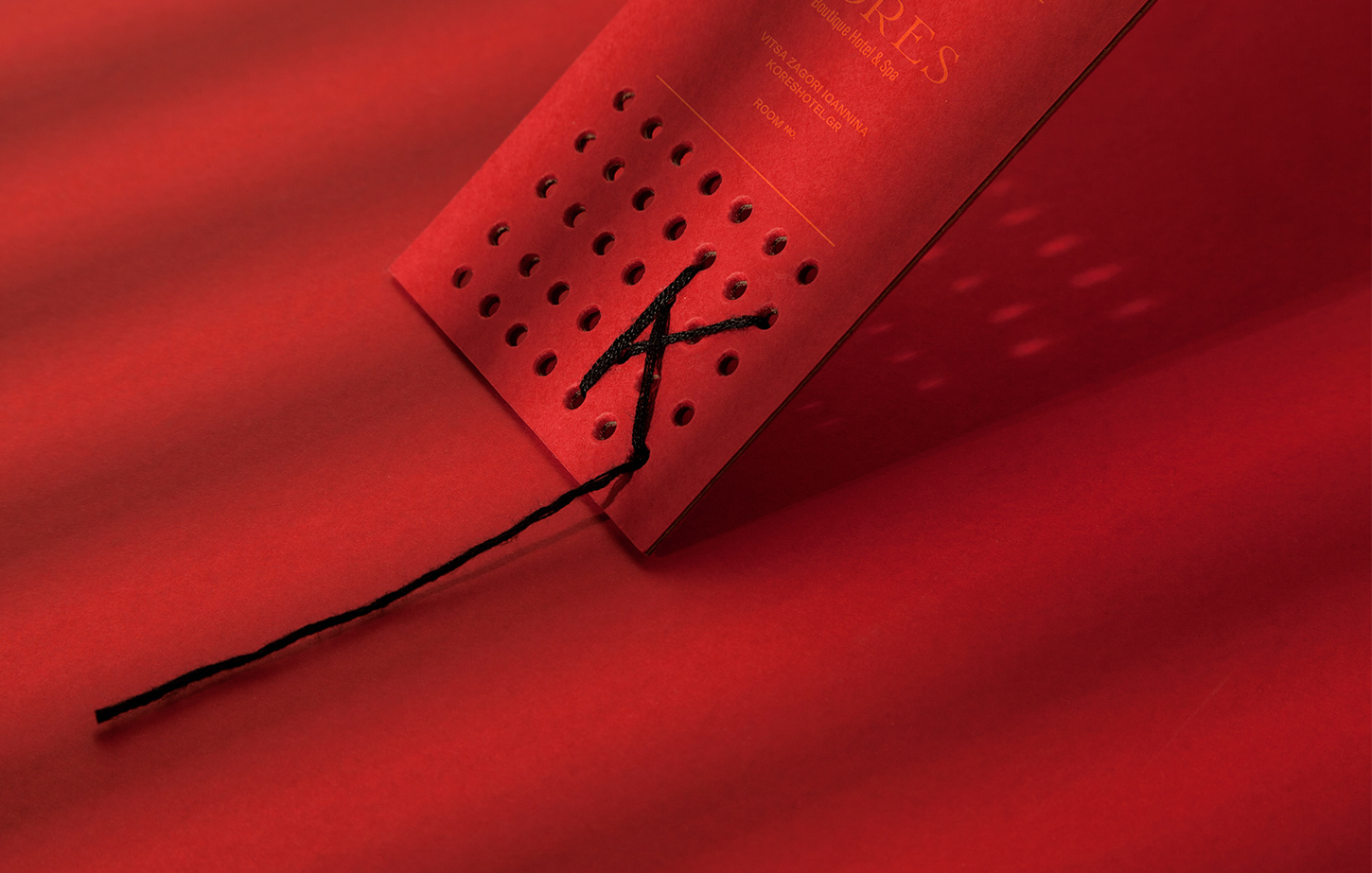 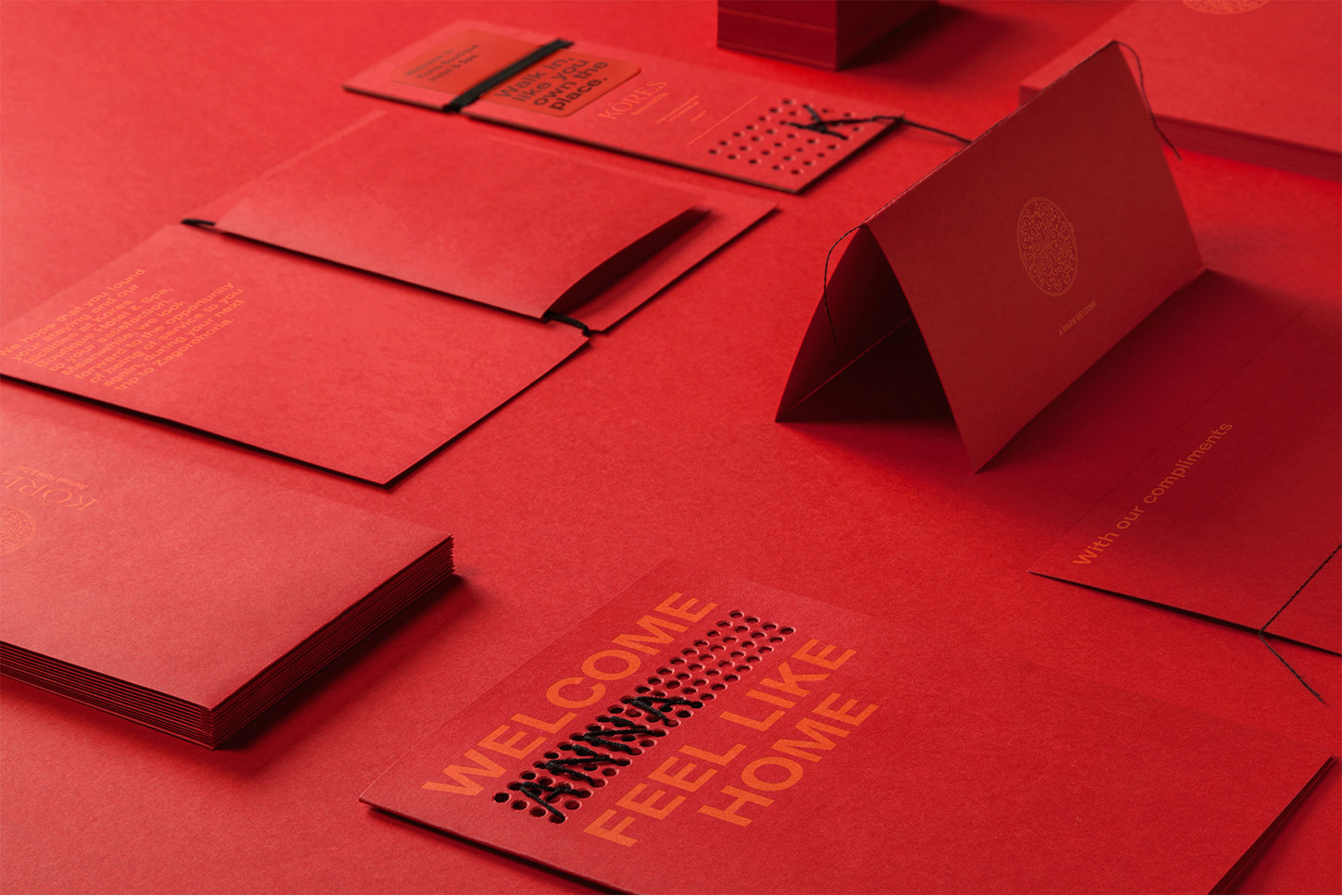 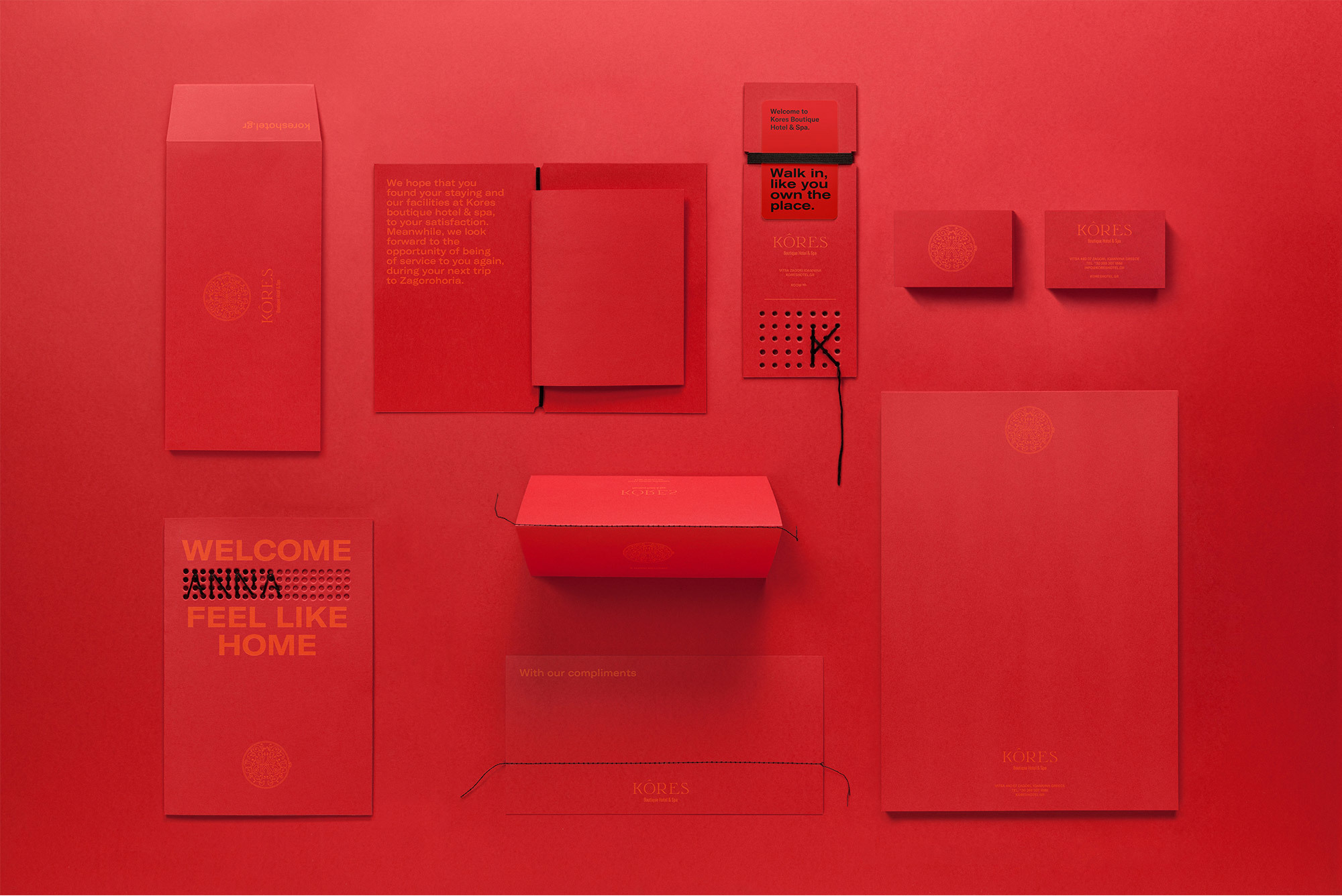 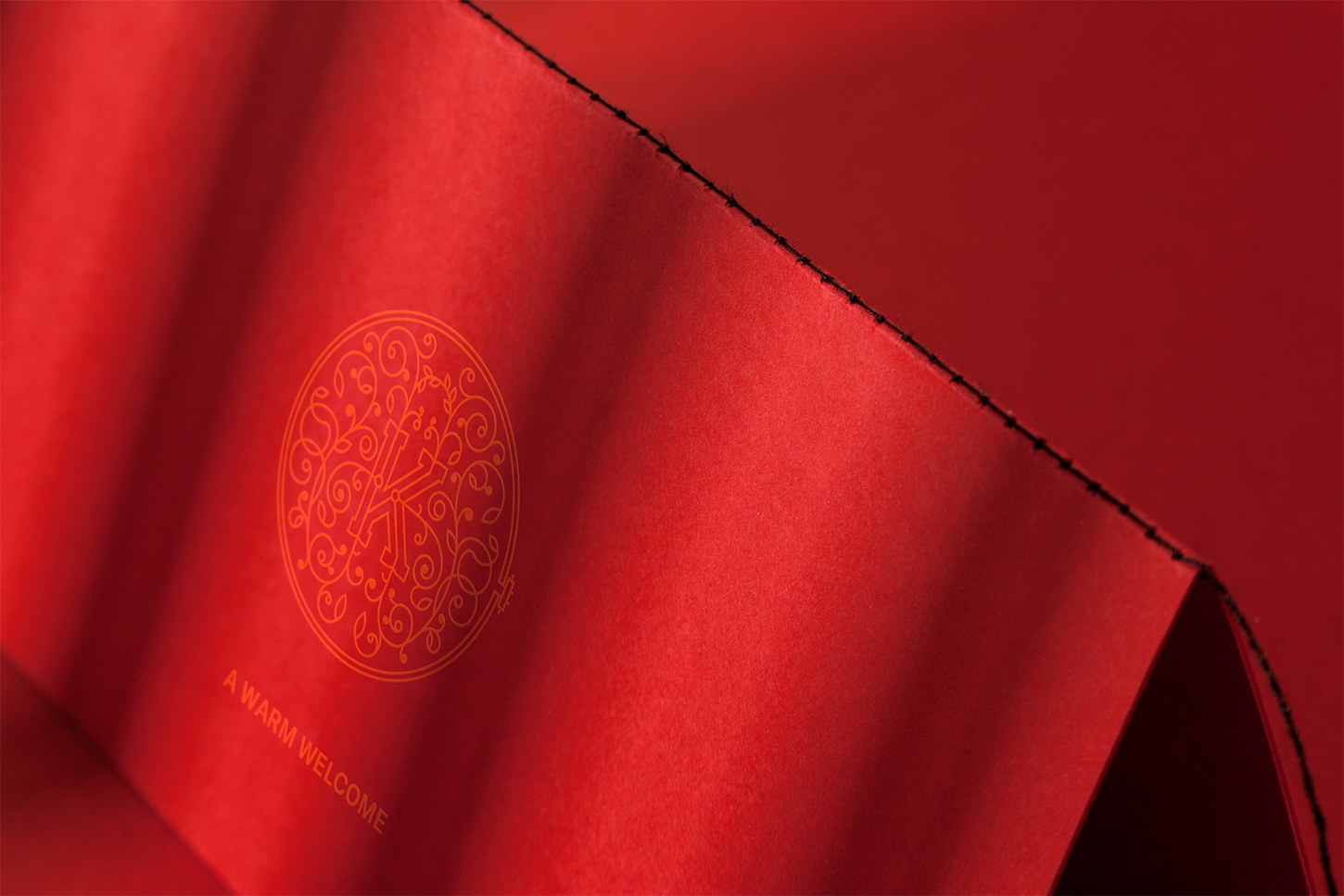 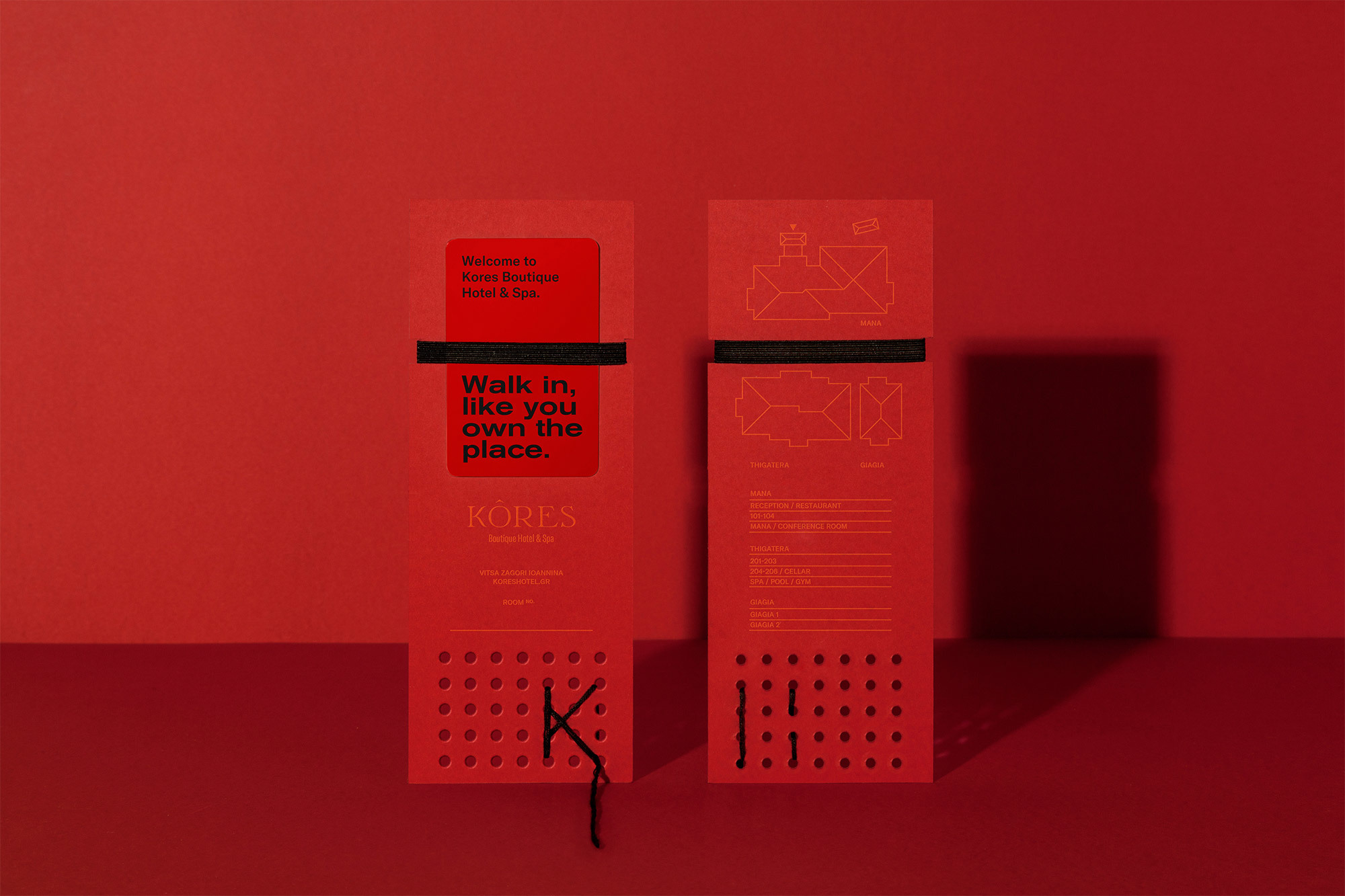 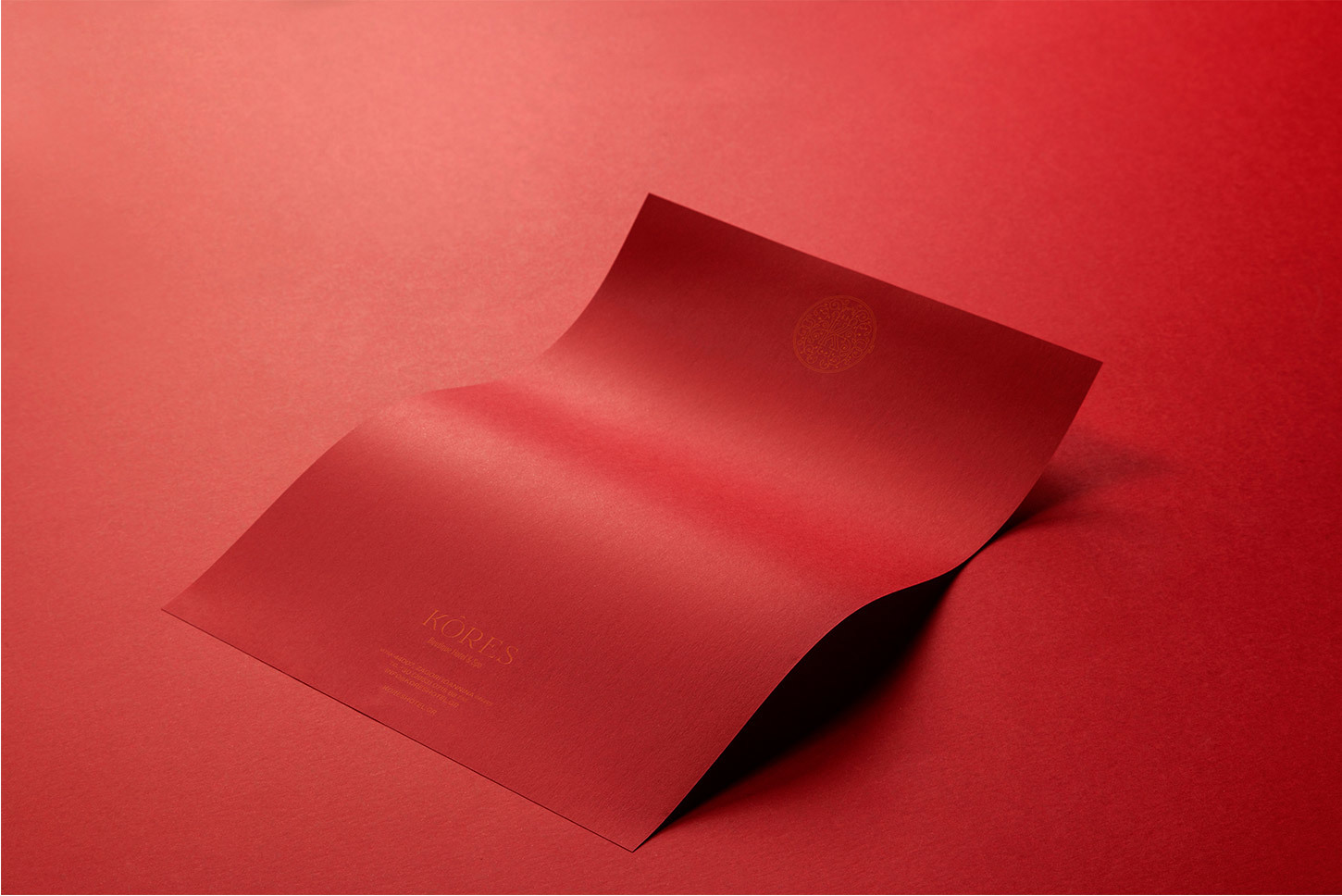 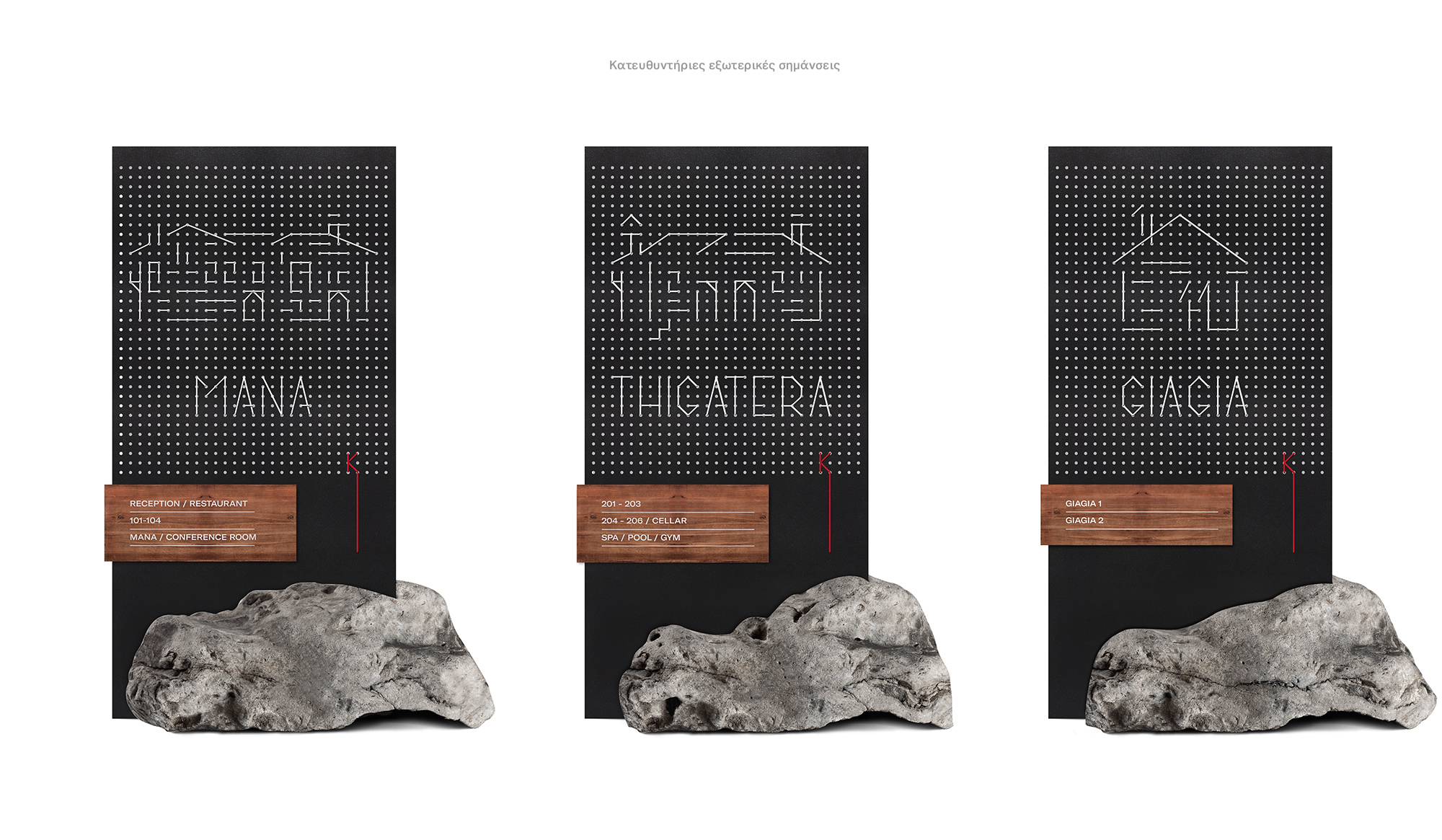 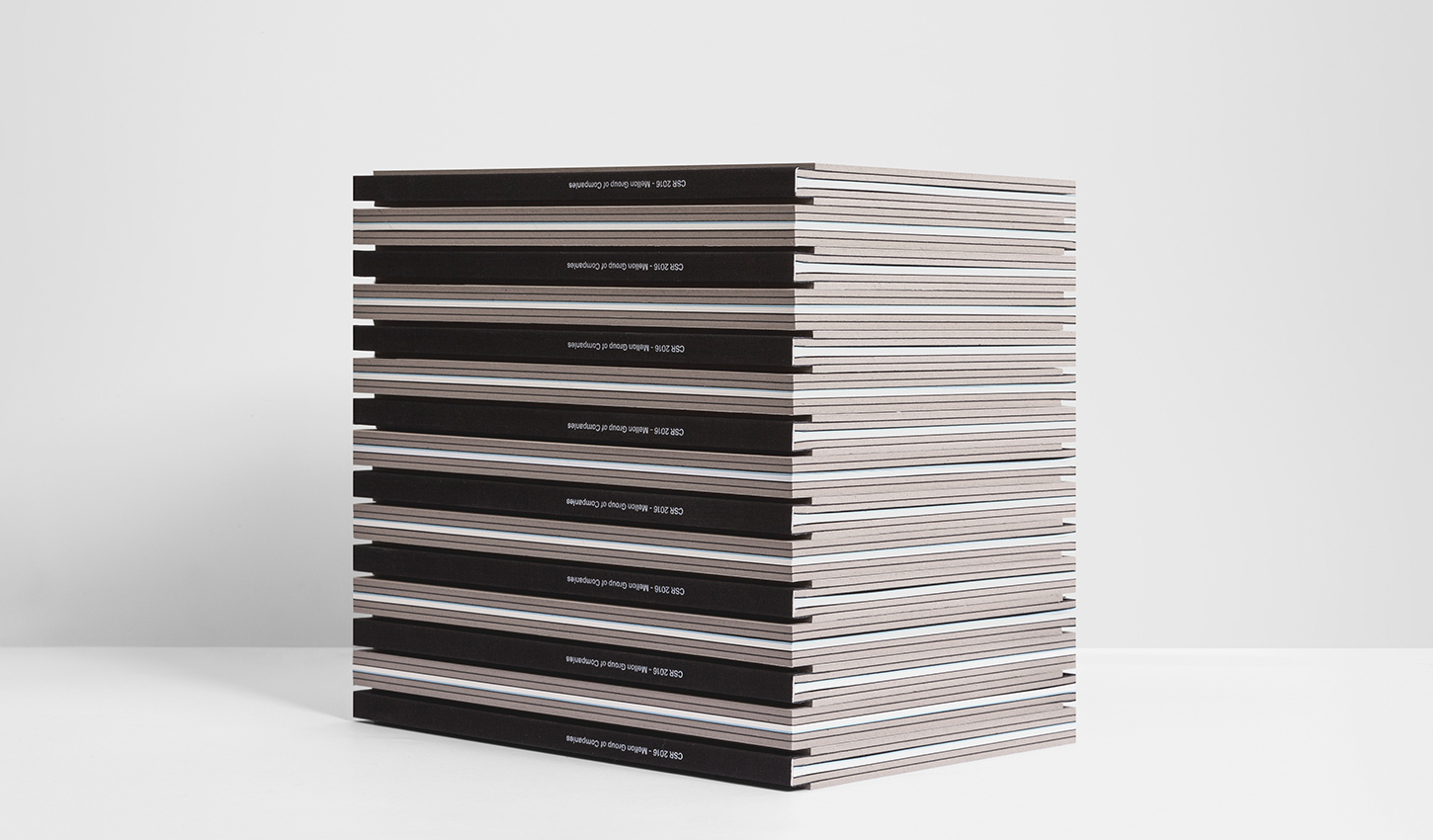 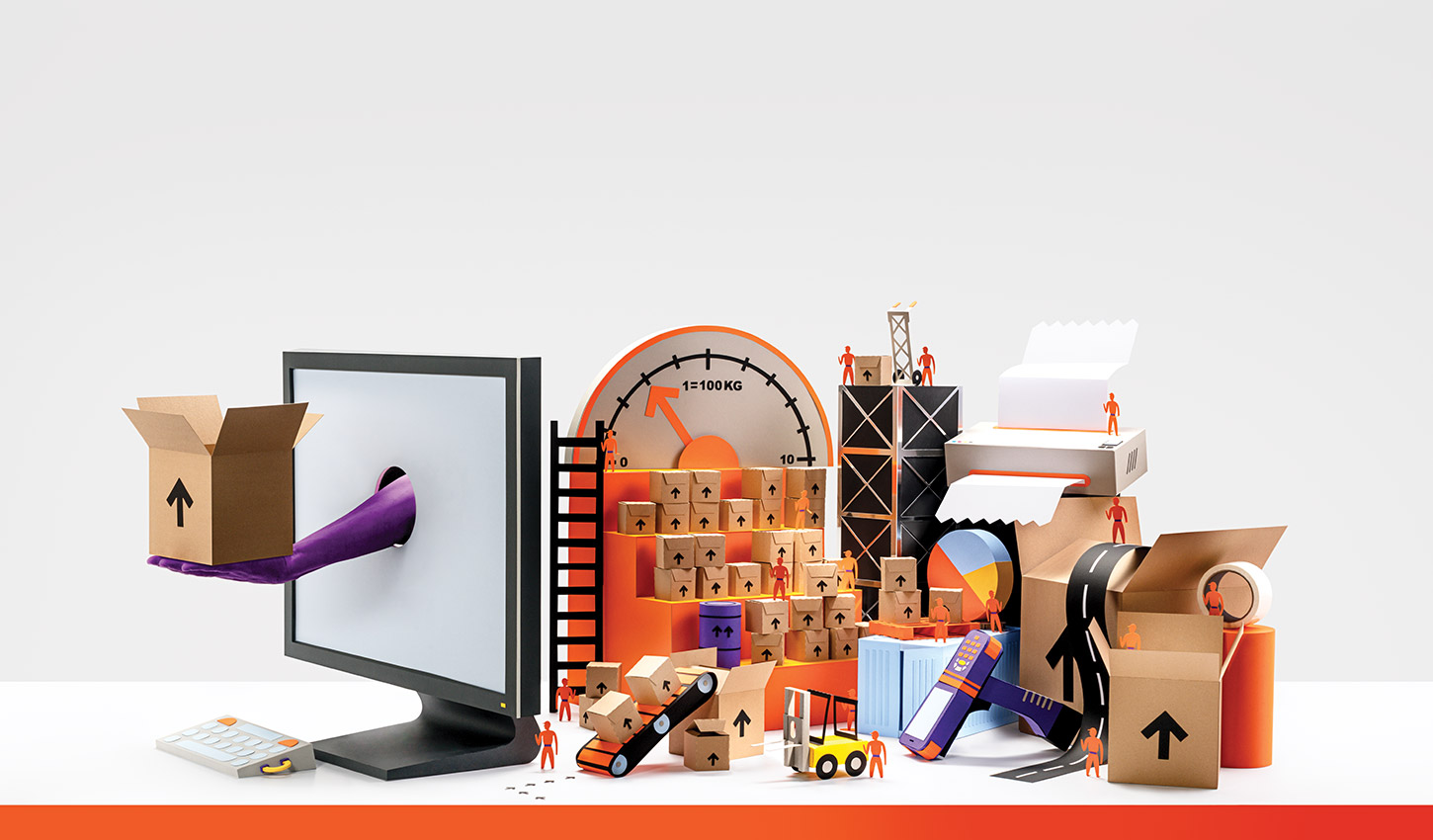